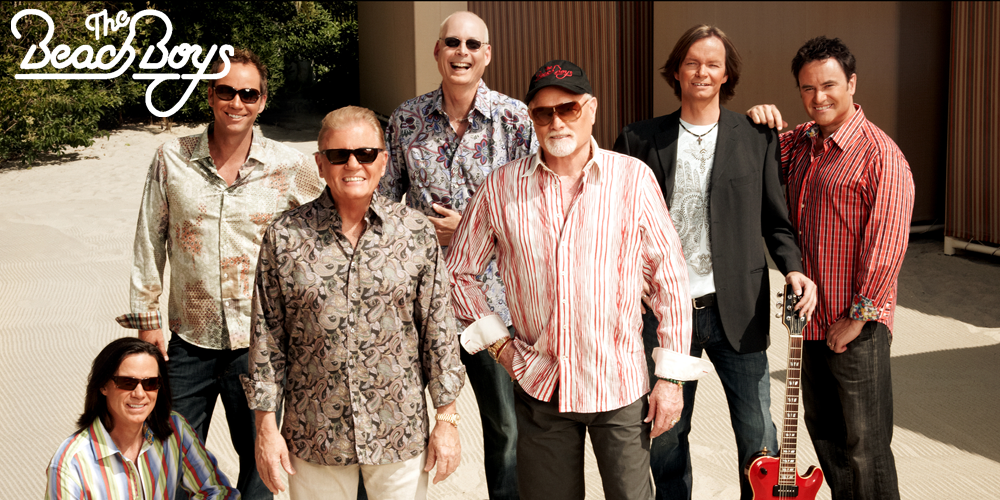 You can capsulize most pop music acts by reciting how many hits they’ve had and how many millions of albums they’ve sold.  But these conventional measurements fall short when you’re assessing the impact of The Beach Boys.  To be sure, this band has birthed a torrent of hit singles and sold albums by the tens of millions.  But its greater significance lies in the fact that it changed the musical landscape so profoundly that every pop act since has been in its debt.

Happily for us all, The Beach Boys continue to create and perform with the same bold imagination and style that marked their explosive debut over 50 years ago. And now in 2013, their Capitol Records release, Sounds of Summer (RIAA certified triple platinum with over three million in sales and climbing), and it’s companion The Warmth of the Sun marks a resurgence in Beach Boys interest that has again rocked the world.

The Beach Boys are led by Mike Love and Bruce Johnston, who along with Christian Love, Randell Kirsch, Tim Bonhomme, John Cowsill and Scott Totten continue the legacy of the iconic American band. This tour will not feature Brian Wilson, Al Jardine or David Marks.

Few, if any, acts can match The Beach Boys’ concert presence, spirit and performance.  They were center-stage at Live Aid, multiple Farm Aids, the Statue of Liberty’s 100th Anniversary Salute, the Super Bowl and the White House. On one day alone—July 4, 1985—they played to nearly 2 million fans at shows in Philadelphia and Washington, D. C.

Love’s role as the band’s front man sometimes overshadows his stature as one of rock’s foremost songwriters.  “Surfin’,” The Beach Boys’ first hit came from his pen.  With his cousin, Brian Wilson, Love wrote the classics “Fun, Fun, Fun,” “I Get Around,” “Help Me Rhonda,” “California Girls” and the Grammy nominated “Good Vibrations.”  Years later, he showed he still had the lyrical chops by co-writing the irresistible and chart-topping “Kokomo.”