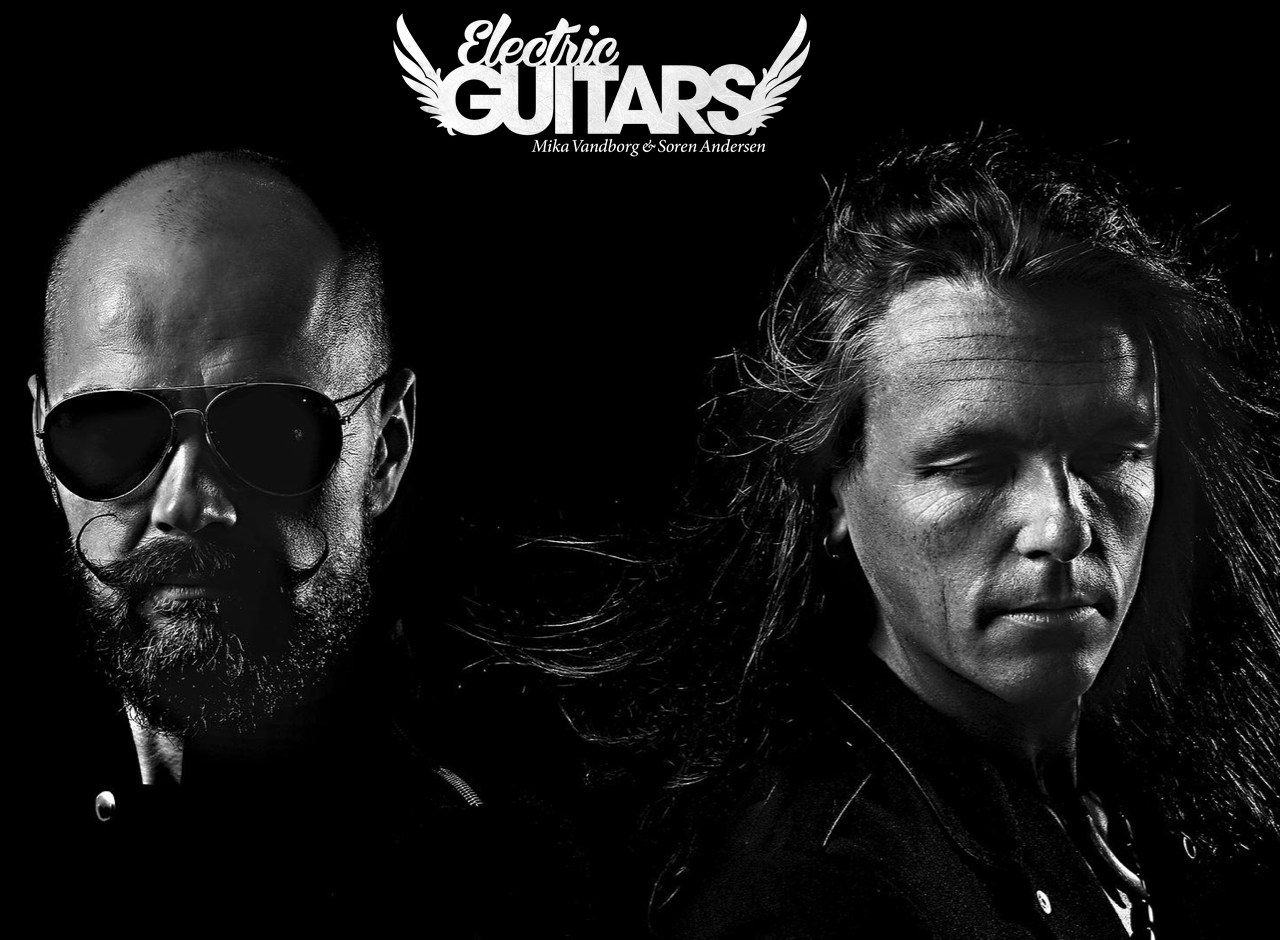 When Danish rock n’ roll band Electric Guitars released their debutalbum last year, it caused quite a stir in their homeland – to such an extent that it even made the news on national television.  The two guitar virtuosos behind Electric Guitars, Soren Andersen and Mika Vandborg, had succeeded in bringing ten of the best Danish guitarists of all time on one track, called ’Hero of Mine’.  A homage to the electric guitar and some of the Danish legends who have played it. On the 10 minute long track you can listen to solos by Tim Christensen of Dizz Mizz Lizzy for instance, Jacob Binzer of D-A-D, Billy Cross who played with Bob Dylan in the late 70s and not least Franz Beckerlee of the legendary 70s Danish rockband Gasolin’ – as well as, naturally, Andersen and Vandborg themselves.

The track is an historic event, masterminded by two of the hottest Danish guitarists, who started performing together as Electric Guitars in 2012. Their shows were such a success that the next logical step was to work on a record. The result of which included ’Hero of Mine’, took Denmark by storm, and is now seeing it’s release in the rest of Europe, followed by a tour in Germany.

’Hero of Mine’ is the closing track on this self-titled debut album by Electric Guitars, and although it’s the debut album for the band, these two guys  are far from rookies. Soren Andersen is perhaps best known as the guitarist in White Lion (Mike Tramps former band) and for the five last years as the guitarist in Glenn Hughes band (former vocalist and bassist of Deep Purple). In fact, Electric Guitars was chosen as warm up band for the recent Deep Purple concert in Denmark.

Over the years, the two self-proclaimed guitar nerds, have been in countless bands, appeared on dozens upon dozens of successful albums in Denmark, with groups like Gnags and Love Shop. They have also released their own solo albums, one of such by Mika Vandborg included the former front-man from The Darkness, Justin Hawkins. Add to that Soren Andersens appearances with Marco Mendoza, Dave Mustaine, Billy Sheehan and Tommy Aldridge, and one can quickly see that the these two incredible guitarists have worked with their fair share of talents artists.

However, now it is time for the duos own version of straight forward, back to the roots, no nonsense classic rock with strong melodies – recorded with drummer Morten Hellborn and bassist Peter Kjøbsted. This is 4 guys, playing 12 maximum energy rock n’ roll songs, with the electric guitar taking centre stage.

“It’s about passion.” Soren Andersen says with a big smile, “We are faithful and committed to what we really are: the ultimate guitar geeks in town.”

Vandborg and Andersen have written all 12 tracks on the album, typically building them around a riff. Lyrically, their songs deal with issues such as friends, lovers, local Copenhagen characters and their heroes, the later of which can be identified in ’You’re on Fire’, about the overwhelming feelings you get when listening to a great guitar player for the first time.

This album is the first for Electric Guitars but they are already working on a dvd release and a new album for 2015.  Now closing in on 100 live shows in Denmark, it is finally time for the rest of Europe to listen… Get ready to turn up your amplifier!